Well-known journalist Zenepe Luka (Çekrezi), was born in Librazhd, a city where she received her eight-year education. After graduating from the high school “Luigj Gurakuqi”, in Elbasan she completed her higher studies at the Faculty of Political and Legal Sciences in Tirana and in May 1973, she graduated as a journalist.

He started his difficult and noble profession as a journalist in the magazine “Shqiptarja e Re”, to continue in the local newspaper “Kukësi i Ri” and then in the daily “Bashkimi”, “Zëri i Rinisë”, etc. She is the first female journalist, who was appointed journalist of RTSH, in Elbasan, which also covered the districts of Gramsh and Librazhd.

In May 2018 she completes 45 years of career with 10,500 published articles, dominated by reporting and interviews, not only within the country, but also in many countries around the world, as far away as China.

Zenepe Luka, like no other journalist in the Balkans and beyond, has risked her life in the period when she was a journalist for the newspaper “Koha Jonë”, which coincides with the most difficult time that Albania was going through, such as the tragic events of 1996-98. Although a woman, a mother with children, she was proving police violence, until the placement of tritol in the apartment on May 10, 1998, a fundamentalist act aimed at the annihilation of the journalist’s family, this, just because it conveyed the truth of spring painful period of 1997 in Vlora.

For her career in the difficult profession of field journalist, Zenepe Luka has been praised by the Union of Journalists, the great Italian singer Albano Carrisi, who has awarded the Premium “Zenepe Luka is the Albanian Oriana Falasci”.

Zenepe Luka, is also successful in literary creativity. She is the author of 17 artistic and journalistic books.

However, during the years of the regime, the publication of her books, the series of publications, was refused. started in 1996, with the novel “The Grief of the Soul”. In 1998, he published the journalistic book “Vlora Vlora”, which follows the painful chronicle of the spring of 1997, in Vlora.

“Confess Nermin Vlora – we were Three”, is the voluminous book, which was published in 2005.

“Violeta Manushi – The Storyteller”, published in the summer of 2007, is another book by the author.

In May 2008, her seventh book ” Albano & Albania” was published and promoted, with the participation of the prominent Italian singer, Albano Carrisi.

The voluminous book “This is my life”, was published in May 2013, on the occasion of the 40th anniversary of journalism graduation.

The novel “Groans of the soul – Trust”, was published in 2015. The author has also adapted the books “Albano & Romina Power” and the monograph “Life of Albano Carrisi” Book Edi Luarasi

“Drama and love” (in life and on stage), another valuable publication of the author.

The book “Women’s Will for Women”, which was published on the occasion of the 15th anniversary of the “Nermin Vlora Falaschi” Foundation, in addition to following the Foundation’s journey and major activities in many countries around the world, .

“Confess the Albanian Cardinal Claudia Lumnie Hoti Çota”, is another publication with special values ​​of the author.

This love is called Albano, it is the 17th book of Zenepe Luka, in its promotion in Vlora, in May 2018, the Italian singer Albano Carrisi also participated.

In addition to being a well-known journalist and author of 17 books, Zenepe Luka has made a valuable contribution to civil society for decades. She is the founder and President of the Cultural Association ” Albano & Romina Power, which has been operating for 25 years” in Vlora, as well as the founder and President of the Nationwide Cultural Foundation “Nermin Vlora Falaschi”, for 17 years.

For its contribution and values, it has been awarded with 30 medals and Prize “Gratitude”, such as “Gratitude from the municipality of Vlora and Librazhd, municipalities of Presevo, Prizren, Mitrovica, Gjakova, Patriotic Cultural Association” Laberia “and many municipalities in Italy and cultural associations in the Diaspora.

In November 2011, at the World Women’s Forum held in Beijing, Zenepe Luka was presented with the “Outstanding Woman” award by the President of the Chinese Women’s Federation and Vice Speaker of the Chinese Parliament, Ms. Chen Zhi Li.

During 2017, on the occasion of the 15th anniversary of the Foundation, he was awarded the “Gratitude” medal by the Albanian Embassies in Vienna and Slovenia, etc ..

Precisely for the indisputable values ​​carried by the inclusive figure of the journalist Zenepe Luka, in May 2018, “Diplomatic Mission Organizations Peace and Prosperity”, International Lobbying Organization registered in the UN, USA, NATO, etc. and her partners, decided to honor her with the prestigious title “Missionary of Peace and Honorary Counselor” of her structures. Zenepe Luka, who does not know how to stop, has learned very well to climb the career ladder one by one and started hard work and passion, like everything else in her life and at the beginning of a year, she managed to win the hearts of internationals, who, on her birthday on August 2, 2019, awarded her the Gold Medal “Outstanding Humanity Activist” and Honorary Ambassador of the Diplomatic Mission Peace and Prosperity (DMPP).

No one is surprised by such assessments, as our ambassador deserves it all, thanks to her contributions and values, as the life of Zenepe Luka has been and will remain in the service of Peace, of the Nation. She is and will forever remain the model of the eminent Albanian woman, value of professionalism and human dedication. 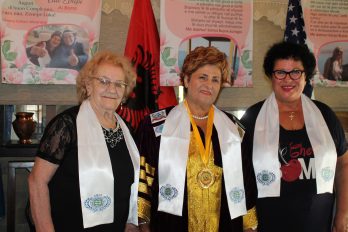 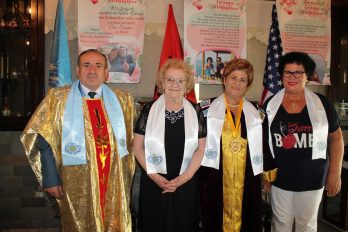 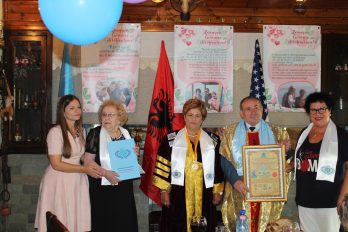 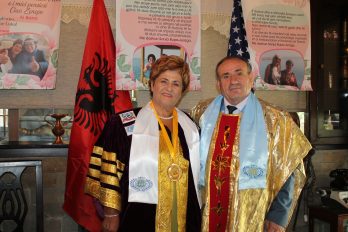