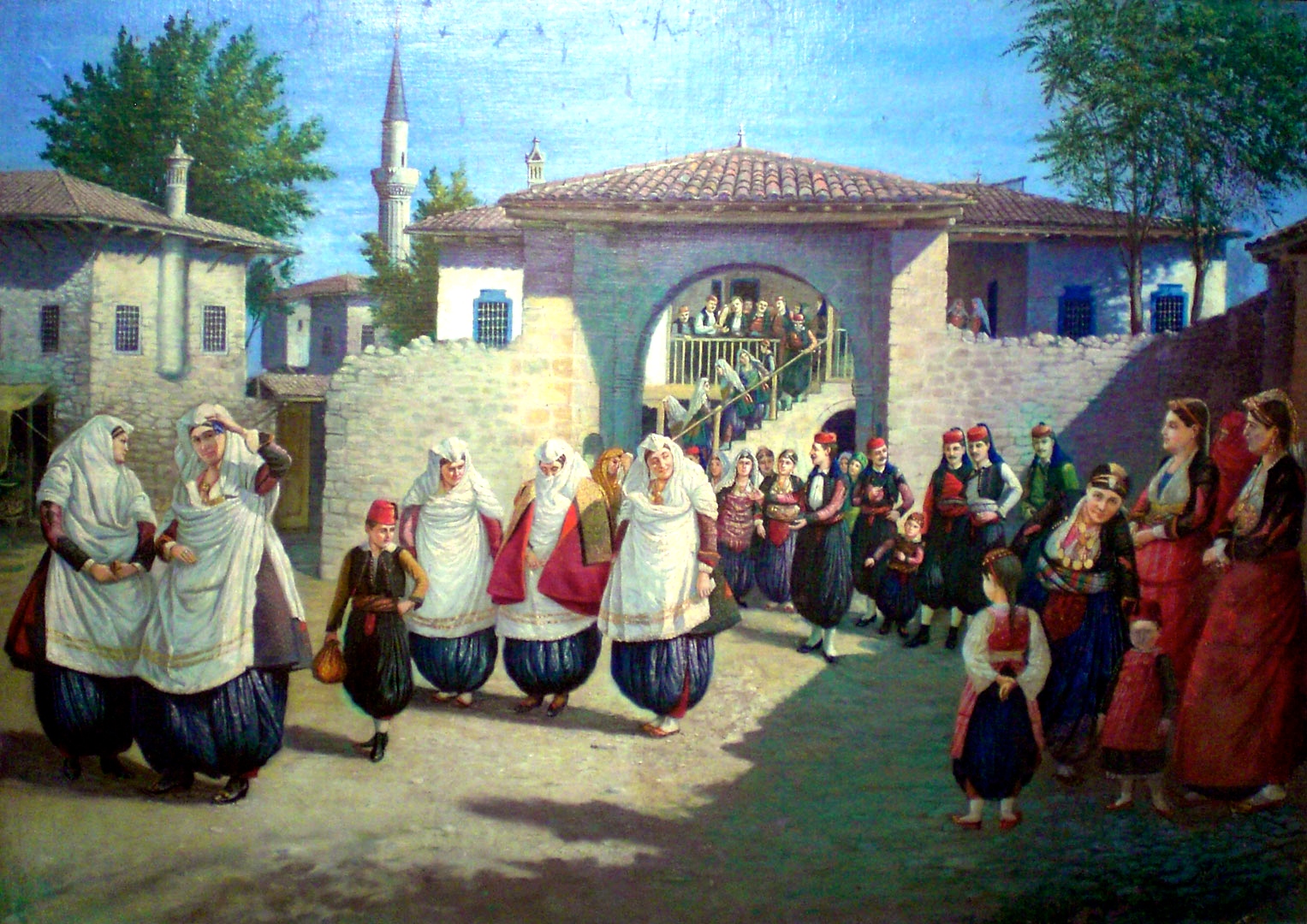 “The portrait of a nation”, so is called one of the exhibits opened with the photos realized by Pietro Marubi and Kolë Idromeno. The photos have been realized since 1888 up to 2913. In this exhibit are represented 26 phostos of Idromeno and Marubi.

It is known that Marubi was the first who brought the phostos’ art in Albania followed thereafter by his pupil Kolë Idromeno. The heredity left by Marubi dynasty is among the most popular in the field of European photography in the second half 19th century and in the first part of the 20th century.

The exhibit is divided into sections: “Groups and Families”, “Women” and “Men”.

In the first section, Marubi and Idromeno have fixed Albanian northern families, Shalës, Mirditës, Zadrimës, Shllakut, Dukagjinit in 1888-1900. The photos of Marubi are “Villagers of Mirdita” (1888), “Two women with simple suits”, “The men of Shala”, “and The highlanders of Shllaku”, all in the year 1890. While Idromeno in this section is presented by “The Catholic villagers of Zadrima” (1890) and “The highlanders of Dukagjini”. This section mostly looks like a small ethnographic museum of the end of the ‘800 and the beginning of ‘900 in Albania. Here we have men dressed with long socks, with waistcoats and encrusted belts, turbans tied in the head, women with extensive dresses, wrapped in scarves, too much bijouterie around the neck.

To the “The Catholic highlanders of Zadrima”, the man, the wife and the 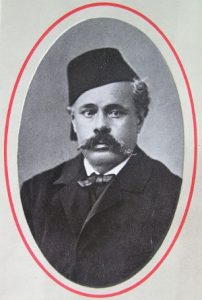 bride or the daughter, with their attitudes help to read a little bit by the nature their character. The man with a straight body, with mustache, who has turned his back to the two women he has by side, expresses a proud character. The wife is wrapped in scarves while the bride is into a long dress, shows her hair until the jaw and has decorated her neck with a variety of jewelries, and among them also a cross that shows the religion. In the photo “The highlanders of Shllaku during the production of rakia” (1890), Marubi has photographed haughty woman who looks like a man, with infuriated hair and with sombred eyebrows.The second section, with 6 photos, “Landscapes and scenes of social life” is refered to the life, work and professions of highlanders and to their joys as well. Idromeno has shpwn more about Shkodra with his art. The lake, Buna, the bazaar of Shkodra, the landscape around the city are expressed vivid in his photos. In the “An summer afternoon in Shkodra” of ‘900, in the known paths of the Bazaar, confined with both sides with low houses, are seen women with umbrellas in their hands, dressed with çitjane and with long scarves until down the waist, around the head. While the women wander in the bazaar’s streets, the men have escaped away from the city and have cast nets in the lake (In the photo “Fishermen in lake”, 1890).

For men, there is an important place as well, for officeholders, fighters, religious men of Shkodra in 900. This is the last section called “The men”. On top there is the Idromeno photo, “Two Catholics that show the Skanderbeg’s photo” (1910), where are seen men within a black long mantle.

By Idromeno, we have also the photo of Isamil Qemali with a Turkish officeholder dressed with his official uniform and among them a child dressed with a traditional suit. The photographer from Shkodra has many photos dedicated to the Autonomy Celebration. In the photos “The military band of freedom” (1910) and “The autonomy Day” (1913) are seen children with uniforms who hold flags and musical vehicles, clarinets, drums, and bassoons. This is a way to show their joys. The clothing and the lissome bodies of the children show difficult living conditions. A perfect artistic realization who invites you to stay longer in this section is “Meeting for brotherhood”, where a group of men have occupied a mountain site. 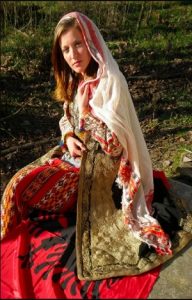 In this section “Marubi” is present with a child photo dressed in a traditional suit. “A child from Korça with a fighter’s hat”, realized in 1890. There is noticed a simple and natural attitude of the child dressed with kilt, with a black belt around the knee and the waist and with the fighter’s hat as well.
But which is the message of this exhibit? If you see them carefully, it is easily understood the irreplaceable role of the photo in the human life, in the peoples life or in the human society. Through photos is realized a certain portrait. The photos of Marubi and Idromeno represent the Albania’s portrait in a certain period of time. The photos with their language talk not only about the traditions of a nation, but also for peace, prosperity and the nature of civilization where it is included. So, even through photos is clearly shown the human life.