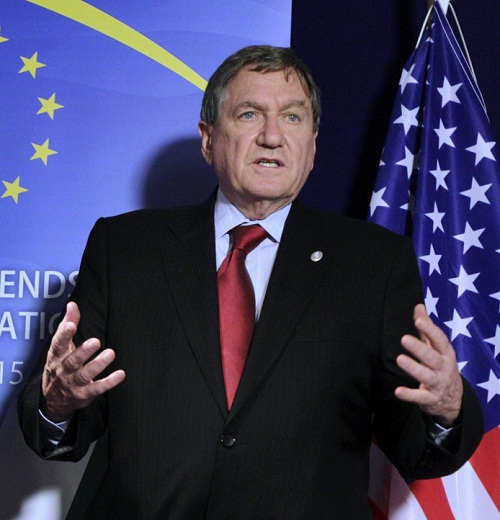 It was the year 1991 when I met for the first time Ibrahim Rugova, the chairman of LDK, and after that the President of Kosovo for many years.

I have made even a long interview with him who provoked envy to my friends which were journalists too and also a kind of hidden jealousy to the politicians that have known me. Many of them have tried to meet Rugova but that was not possible for them. He had not received them and they would wonder how the door of his residence in Tirana was opened for me and not for them, pretty personalities, were not accepted by him.
Rugova, with the characteristic scarf around his neck during the winter and also summer too, with that quiet view and with the soft sight and visionaries as Gandhi of India, he always spoke with a calm and deep voice like the echo of a wide and slow river flow that fills beyond its delta.

I remember what he said to me with a debonair voice:
“Balkans need a big support by democratic world to be free from the nightmares of the devil and to be civilized, it needs powerful distinguished politicians and diplomats lobbies like the famous, American President, Wilson!… Only the Americans and their friends will bring the western civilization in Albania and will set Kosovo free one day and also it will make it a legal state. We, Albanians, seems as we have forgotten the tradition of our ancients, because the devil of Balkans has caught us by the throat, the devil of Balkans don’t let us to go ahead without being pushed by the others. Never forget that, my friend. One day, Americans will give us the courage again, as the great Wilson did”…

Junior, of the secretary Hilary Clinton, and the intervention of many other American ambassadors and diplomats to make Albania survive in the year 1997, that zero year, which quite undid us as a nation, Albanians, and turned us back in the ancient civilization. There were also needed the efforts ofthis American titans to save Kosovo in the year 1999 from the exterminator epidemic by the black devil – Serbia. There were needed the intervention of NATO, with American veto, to make Kosovo survive and to be an independent state of our days. In another meeting, some years ago, the President Ibrahim Rugova, said me with a smiling face: “How do you think, don’t I look like those oracles of Dodona, astrologers and soothsayer from Epirus, your ancestors, oh Cham, who predicted the gains and losses of the famous king, Pirro of Epirus?…

I have told you that the great goods will come from Americans, as well as combative diplomats like Richard Holbrook… I believe you know him?”… 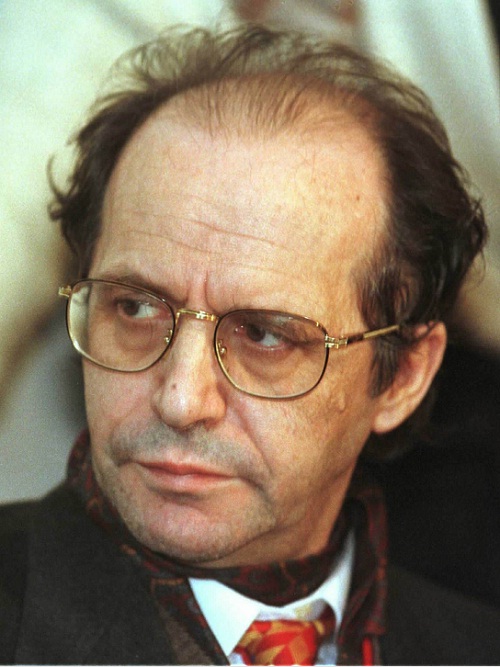 I replied him smiling that I had hear all about him but I never had the opportunity to know him closer. “You will know him”, – as we find the opportunity,the President Rugova replied. I think yes, i told him, if I believe in your predictions as an Epirus oracle. At least, till now, you have predicted all the flow of events in Balkans…

And really, President Rugova and his friends make it possible for me to know from closer the Golden Ambassador, Richard Holbrooke, as I used to call him later in the eyes of my interlocutor. He was a rare personality, charmed, whom gives you the idea that he enabled all the potentials of spiritual and mental energies, as a tireless man, as he used hypnotic rare virtues to be imposed to each person he had to negotiate. And he always won. At least this is and still remains my opinion…

He was the one who knew how to calm down the stone of the brutal heart of stirred Balkans, to sag it and to perform it with his mind and golden hands…

So, due to his insistence, today we have a peaceful Balkan, as well as an international lobbying organization with many powerful politicians and diplomats lobbies connections as the implacable Hillary Clinton, etc. Due to ideas and talent of Richard Holbrooke, we have today in Balkan the organization Diplomatic Mission Peace And Prosperity, a peace Paradise household. God bless the staff, partners and collaborators of Diplomatic Mission Peace And Prosperity!…