The sun of Edmonton Report Coverage 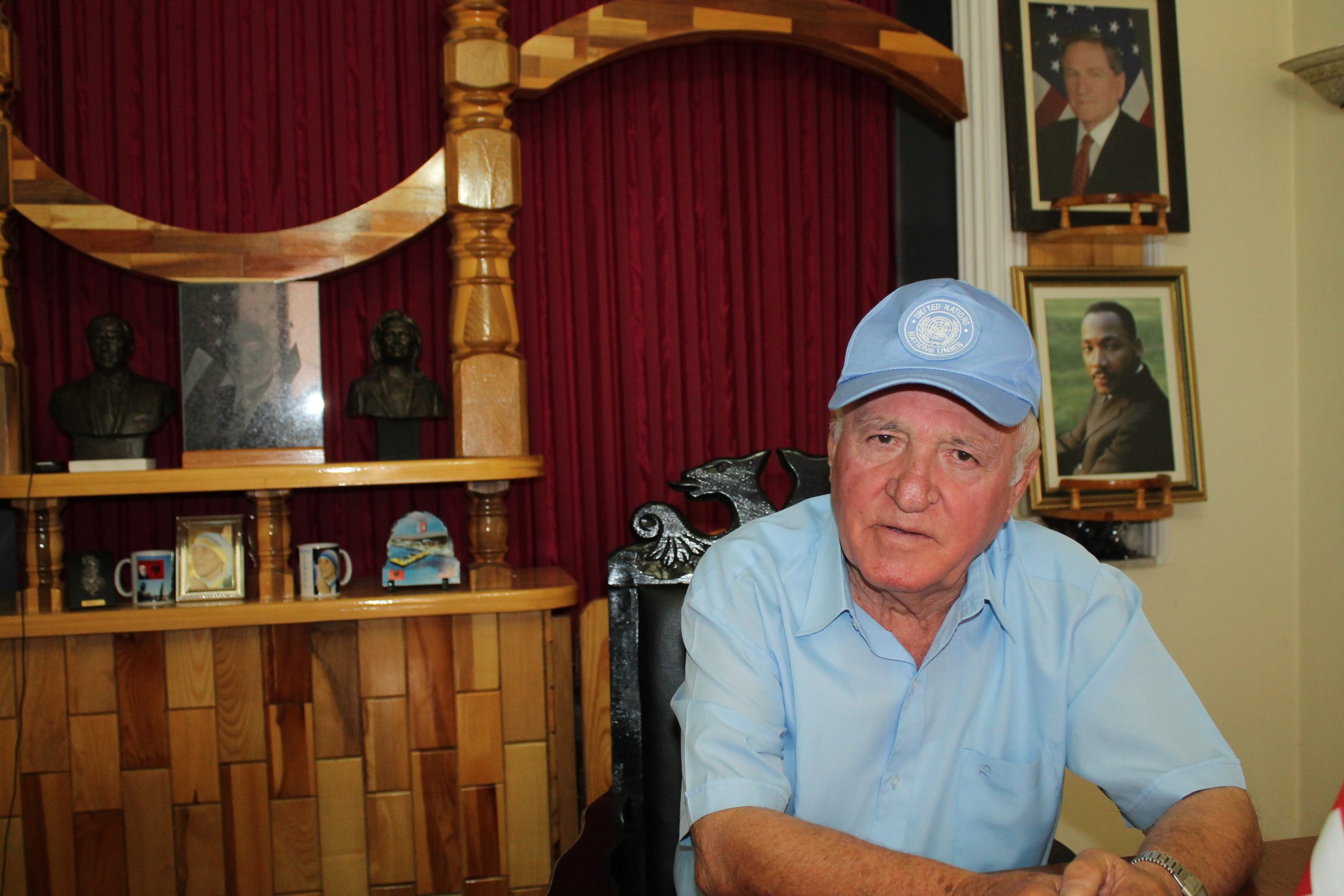 In textbooks, studies of historians, geographers, stories, novels, I have read about Alaska, about the North Pole. I have always imagined these places with wild snows and winds where people of sacrifice would come and go with a thirst to fill their sacks with gold, get rich fast and return back to their homes.

I knew Canada, but I knew nothing about Edmonton, and I never thought that Canada and Edmonton would become part of my life. In March 2019, my eldest daughter Orjola and her husband David moved from Albania and decided to live forever in Edmonton. I tried to stop them, but my daughter and son-in-law always replied me back: “Albania, does not keep us. Canada appreciates our effort.” I was fully aware that honest people were not kept from going in Albania. I am expressing this finding with pain. I’m not letting go of any more arguments.

As I mentioned above, my daughter moved to Canada permanently. Phones allowed us to talk to them every day. My daughter told me, “… upon our arrival, we took shelter in Uncle Cen’s villa (Hysen Lika has been in Edmonton for years, is a relative of my son-in-law, but also a relative of mine for years). David has started work and I am going to start soon. Daniel went to school, whereas Jon went to kindergarten. We are very good!” I somehow doubted her words! I thought, “She talks like this to comfort me, however there is nothing to worry as I will soon find out,” – I would finish the thought. I said I was going to find out on the situation even when my young daughter Armanda, along with her husband Bled, and their two children finished their paperwork and were waiting for their residence permit to Edmonton! It didn’t take long and that acceptance came. I also got a Canadian visa and together with them we didn’t delay it and on 3 November 2019 we headed to Canada with the Tirana – Istanbul – Montreal – Edmonton airline.

We were loaded with numerous luggage. I got prepared even better. I dressed up with two pairs of thick trousers. I added over my upper body a T-shirt over another T-shirt, a jacket and a sweatshirt. I put a hat on my head and did not forget to put on the scarf surrounding my neck. As I dressed, I came up with a strange thought: “If the airplane happened to crash, this kind of outfit would amortize my collision with the ground” and I laughed. I did so because every time I talked to friends and buddies in Durres about my daughters’ decision to live forever in Edmonton, they would reply me back: “Canada is a social place, … well lived, but Edmonton is very cold.” So, the Edmonton cold got stuck in my head like a nail.

I had traveled by airplane many other times, but an Istanbul-Montreal route I had never done before. Let’s get myself clear. As I sat in the seat of the plane, I began to release myself from all those clothes. At first, I took off my sweatshirt and scarf, then my sweaters until I had my shirt to show, but I also left it open. I started reading a book and after two or three hours I felt my feet numbed. This devil diabetes blew my ankles. I found a solution! I got up and started moving along the long corridor of the plane, walking without being disturbed by the sight of several passengers. Believe me, I am not adding, some of the travelers looked familiar faces, and one of them seemed to speak Albanian. Doses of grief were added to my soul. I meditated painfully on the shrinking population of my homeland, Albania and the narrowing of my friends’ circle. Far away, we were leaving. Everything was turning to dust. It seemed like the night sweepers were wiping from my memory everything beautiful, tangible …

Finally, the plane landed. “When you get down to Edmonton … dress well!”, – I was advised and I followed that advice … you could see only my eyes. In the airport terminal, my son-in-law David and the good Cen Lika were waiting for us. Upon seeing them and their clothes, I put my hand on my head, took off my hood, pulled out my scarf, and after being “released”, hugged them. Soon after we loaded up the many suitcases in their cars, we left. As the cars drove away, I could see from the window the white space. The snow had just begun. I don’t know exactly how to describe what I was looking at, nor do I know how long the trip lasted, but I know that I quickly faded my longing to meet my daughter, nephew and little niece.

We knew, from a long time that my old daughter’s house did not have enough space to fit us all in. Bledar, my little son-in law who came with me had booked an apartment to Edmonton. They left with the car of the relentless Cen Lika. As the car drove away, I felt in my heart the thrills of a parent’s joy. Have you ever tried a moment like this? I was watching my family in Edmonton, all together.

My young daughter left to calm down at her apartment. I felt relieved. But this relief woke me to tiredness. I had dealt with many loads these days. I needed to relax. My oldest daughter prepared the bed for me. As soon as I lied in bed, I fell asleep! I made an endless sleep! You open and close your eyes, as they say.

I woke up early in the morning! I started making slow moves just not to disturb the children, but my son-in-law and daughter had woken up earlier. She prepared my morning coffee and put a glass of raki in front of me. She knew my old habit. I stood in front of the big window overlooking the square of some three-storey buildings. The snow that was still falling was something special to me and as such poured doses of pleasure into my somewhat burdened soul. Then, I saw snowplows clearing the narrow passageways of the buildings. Breakfast seemed pleasant to me and if I wasn’t facing the snow, I would feel like in my beautiful city, Durres.

My son-in-law and daughter comforted the children by sending one to kindergarten and the other to school. We ate breakfast early. We called Armanda and Bledi on the phone and all together we headed to visit Edmonton. Our first visit was to a large supermarket. One way and two tasks carried out. The girls started shopping for the whole week. We were passing from one booth to the other. I looked closely at the prices and found that they were similar to the prices in Albania, but the salary of a Canadian is ten times higher than that of an Albanian. Women have a great deal of patience when shopping in supermarkets. They never have enough time; they always have something left to take. I saw and understood! “I’ll go out with the grooms … you go shopping,” I told the girls. “It’s cold outside … here you are better,” – one of them said. I glanced at the girl who spoke and said, “The cold of Edmonton will not hit my face like a bullet.” This thought was stuck in my head since when I got off the plane. I believe you remember how I threw away my hood and scarf.

… I feel that I went on for too long! What can I do? My hand does not know how to stop! What do you think? Should I stay without telling you about the hospitality of my friends, Cen Lika and his wife Bujana who these days became like members of our family? I also can’t stay without writing about their daughter, Anna. She invited us for dinner one evening in her two-storey villa. Outside, Cen’s son-in-law welcomed us, a charming boy with an athletic body. As soon as the door opened, we saw Ani in front of us, a beautiful girl with a calm look and whose eyes expressed kindness and hospitality. We felt instantly redeemed. Dinner passed quickly through prosperity and abundance, amidst many varied conversations. As we were leaving, the optimism for the future took away my daughters.

The next day, when we woke up, the snow had thickened the streets of Edmonton. They said that the subzero temperature had lowered even more, but I could not tell this difference at all. The sun invited me to go out into the streets. After my persistence, I persuaded my daughter to go for a walk in the nearby parks. I definitely wore my boots. We passed through the narrow alleys cleared off by the snow. I walked by sketching the movements in my memory. After several hundred meters we entered the big park. I knew this park. During the summer my daughter had sent me pictures of it. I also knew the place where my niece cooled off at the fountain in the center of the park. I knew that underneath that thick snow slept an adorable greenery. I told my daughter to return home. You know why? I learned the way! Tomorrow I am going to come by myself here. Loneliness is a food for the creator, I read somewhere.

An evening, other friends, Avdullai and Irma, two academics with social values, visited us. Two patriots from Chameria. We were sons of the same people, with the same tragedies. We told each other so many things and so many others were left without being told. The evening hours went by quickly! We parted promising to meet again. I thought how my circle of friends had grown in a couple of days.

What I was going to do the following day, you already know. I put on my winter boots and trousers, and decided to walk through the thick, friable and fine snow as strained from a heaven strainer. The sun seemed brighter to me. I walked steps and felt like trampling on billions of silver particles. Not a single breeze blew. A snow-covered white rabbit passed by and stared at me. After a few seconds he ran somehow scared. “He doesn’t know me yet!” I thought. Further, the snow-laden pines with the sky-high peaks seemed to be awaiting Christmas. A little further, I saw a bench. I removed the snow by hand and sat down. I took out the notebook I always carried with me and started writing, “The sun of Edmonton that shines so much is another sun, different from the one warming the big world.” 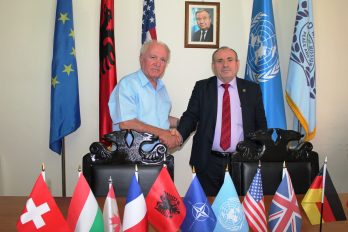 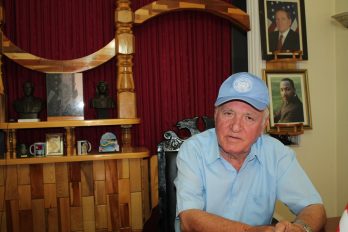