The Grand Lady of the Peace Missions!… 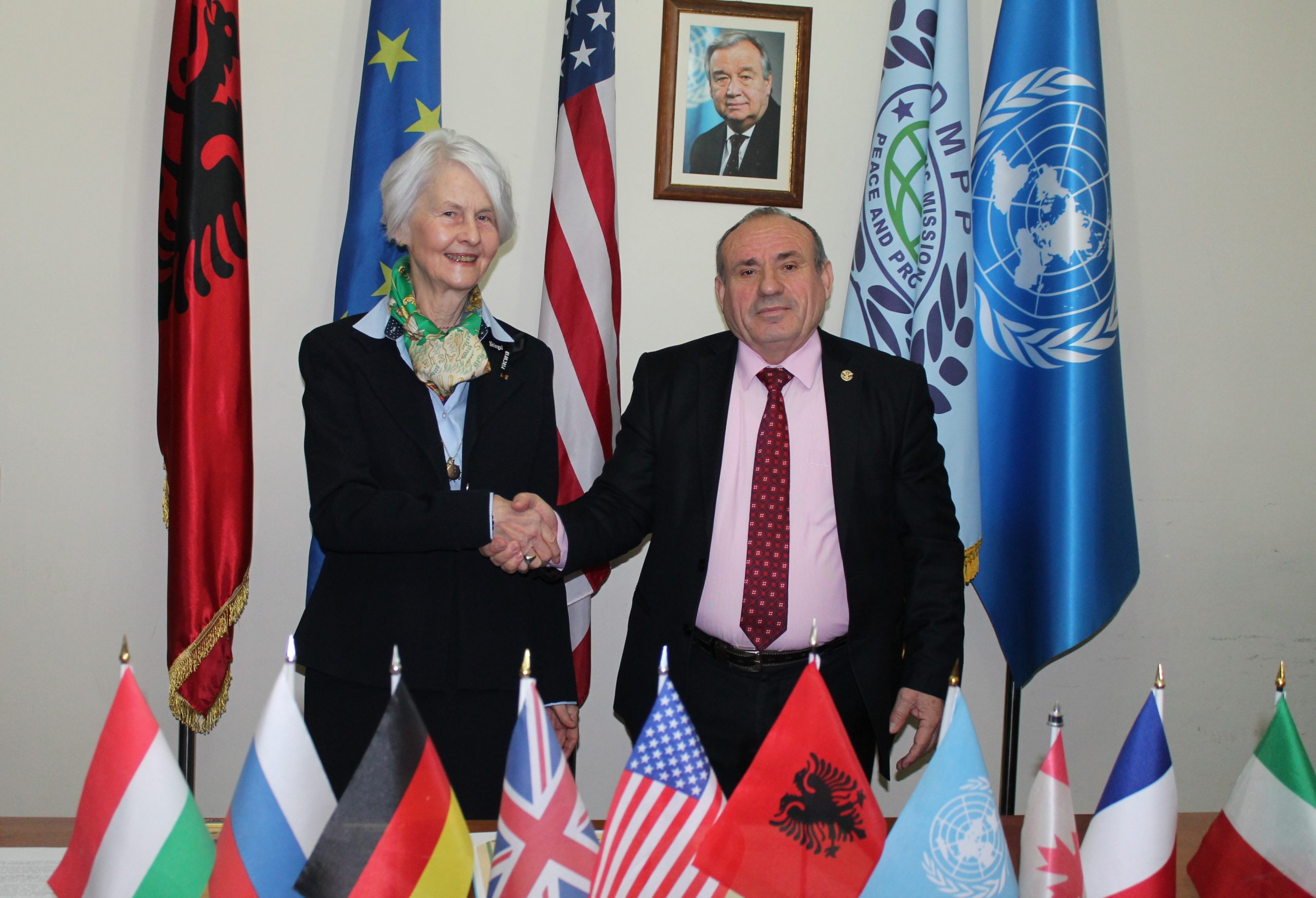 Who is the grand lady of the Peace Missions, Katrin Bornmüller?

She was born on July 4, 1940 in Halberstadt, Germany. Today at the age of 78, she comes between us with a wide-ranging activity, thanks to her commitment from an early age, with strong ambitions for her life and career. In 1958–1959, she attended the English and French exams and subsequently worked as Foreign Correspondent and Groundhostess at Deutsche Lufthansa Frankfurt.

In September 1961 she married Hermann Bornmüller (Forstassessor). Until 1968, she continued to work in Trier and Wittlich. From marriage, the couple Bornmüller rejoices with four children, one girl born in 1962, one boy in 1964, one girl in 1967, and another boy in 1974. In 2014, Mrs. Katrina remains widow.

Since 1980, Bornmüller has been a member of the International Human Rights Association. From this time until 1990, she is engaged in aiding political prisoners and persecuted persons in GDR, Romania, Poland and the Christian community in the former USSR.

Participating in 10 OSCE World Conferences, of which 3 times in Madrid and 2 times in Vienna, also in Bern, Ottawa, Paris, Copenhagen and Helsinki.

On the eve of the fall of the Berlin Wall, she becomes part of the demonstrations in Berlin and Bonn against communism, contributing to the central information of the national and international opinion.

Ms. Katrin Bornmüller’s activity extends further with the establishment of a working group to provide thousands of parcels to persecuted political people. In 1991, after the collapse of the communist system, she conducted a visit to Lithuania, meeting with Prof. Dr. Lansbergis, President of Lithuania and many new international contacts.

Dear friends, we have before us a proven humanist with prominent activities. The feeling of sacrifice begins to operate in 1990, with the organization of humanitarian transportation to Romania, Lithuania, Latvia, Poland, Croatia, Bosnia and Herzegovina and Albania.

Since 2014, she has been engaged in humanitarian aid for refugees and Christians, other minorities in the camps of Christian Kurdish refugees, accompanied by German speaking Muho Boga and Khalil Al-Rasho. She has been present 9 times in refugee camps in Kurdistan, Turkey and 8 times in Iraq.

In the recent humanitarian mission in Iraq under UN mandate, Katrin Bornmüller privately funded several psychological rehabilitation projects, releasing many boys and girls kidnapped by ISIS terrorist organization. A human action, equally dangerous to life. But the people of the sacrifice do not know how to stop because they feel spiritually all human lives. Katrin Bornmüller has been engaged in the most successful donations internationally, funding 21 projects under the auspices of the Betterplace Online Donation Forum and the Trierischer Volksfreund newspapers “LT, AL, LV” Pakistan BIH IS opfern.

In this human activity along with her sons and referent Yazidi Khalil Al-Rasho, she has organized 3 health centers, resettling their activity in the Kurdish part of Iraq, as well as a series of training on social and educational structures on the ground. For her human activity, displacing significant humanitarian, medical and nutritional assistance with over 460 cargo trucks, Mrs. Katrin Bornmüller has deserved 2 awards from Germany, 1 from Lithuania, Latvia, was declared “Honorary Citizen” in Lithuania, Latvia, Romania and in Albania.

From 19 December 2018 Amb. Katrin Bornmüller is appointed as  Honorary Ambassador of DMPP and International Peace Missionary. She was selected to be honored for his  humanist work, human rights activist, “Honorary Citizen”, a strong woman with precious contributions to the service Global Peace. Her presence as part of the Diplomatic Mission will be for the future a high moral and social satisfaction in the representation with dignity of high human and humanitarian values.

One other premium for our Peace Missionary and Honorary Ambassador of Peace Ms. Katrin Bornmüller, came these last days:  she was awarded with the Croatian “RED HRVATSKOG PLETERA” Decoration for Civil Engagement in Humanitarian Help in form of 88 trucks of Humanitarian Charity, an award given to her for the precious work in service of Global Peace,  by the President of Croatia, Ms. Kolinda Grabar Kitaroviç! 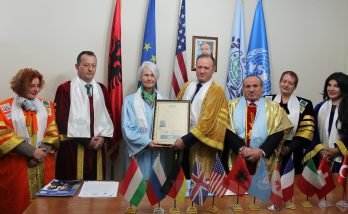 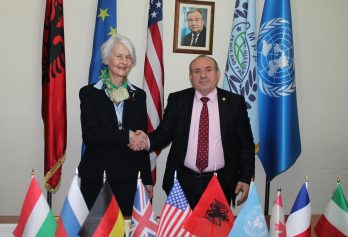