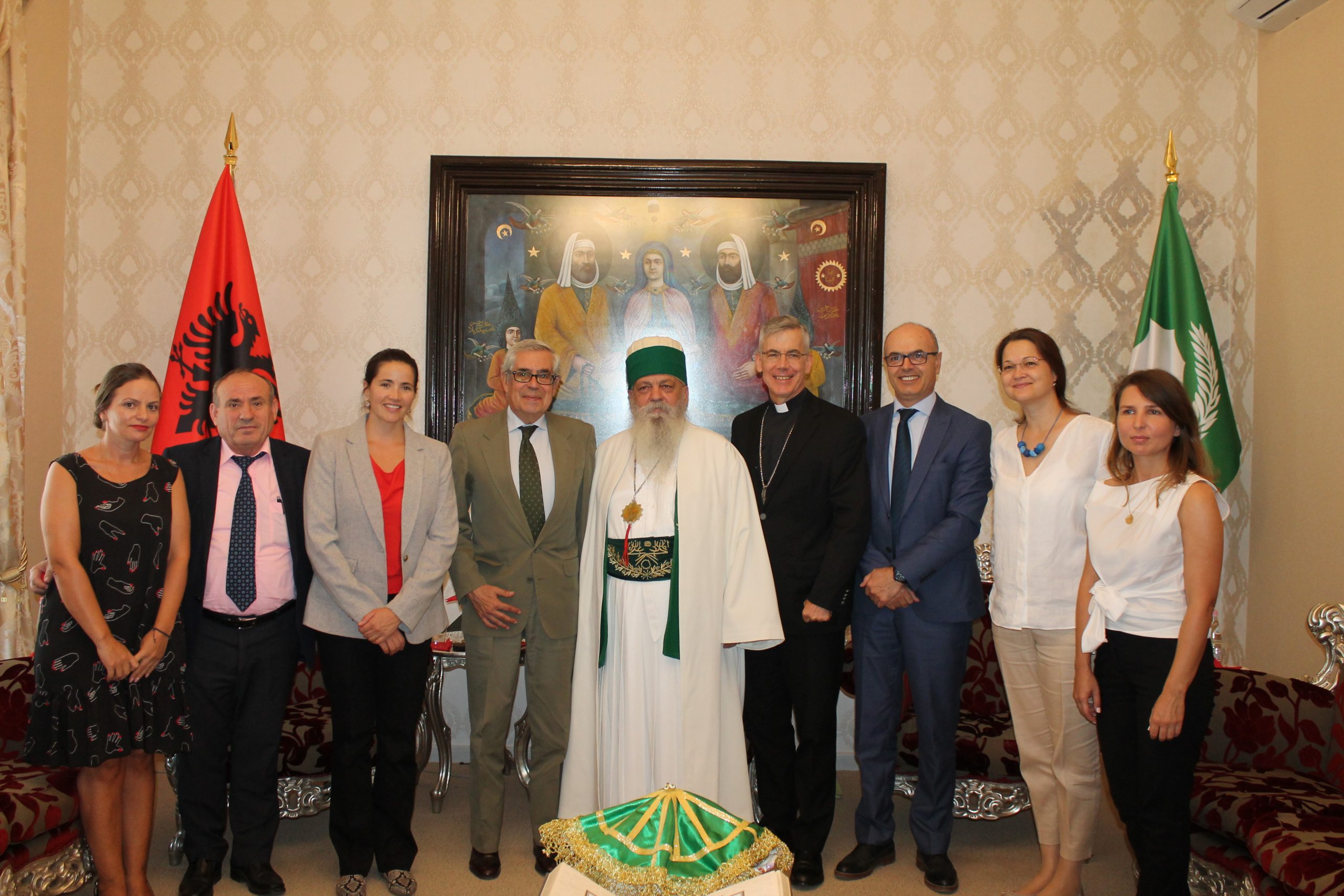 On september 21. 2018 The Headquarter of Bektashi Comminity was register in Transparency Register of EU, for the first time His Holiness opened an office of Bektashis in Brussels. On 25 June 2019 Hadji Dede Edmond Brahimaj participate in the meeting of Freedom of Religion of Belief, roundtable in the Brussels EU. On June 26, 2019 Dr. Munr Kazmir vice President of Jews Congress honored and donate in sign of gratitude His Holiness and Bektashi Community American Flag. On 11-12- June 2019 Hadji Dede Edmond Brahimaj was a special guest in the awarding om the “Global Official Dignity Awards” in the 7-th edition held in Geneva Switzerland. On July 16, 2019 His Holiness participate in the Conference “Freedom of Religion”, invetid by the Ministerial of Advance, Religious Reedom 2019 Washington D.C Department of State US.