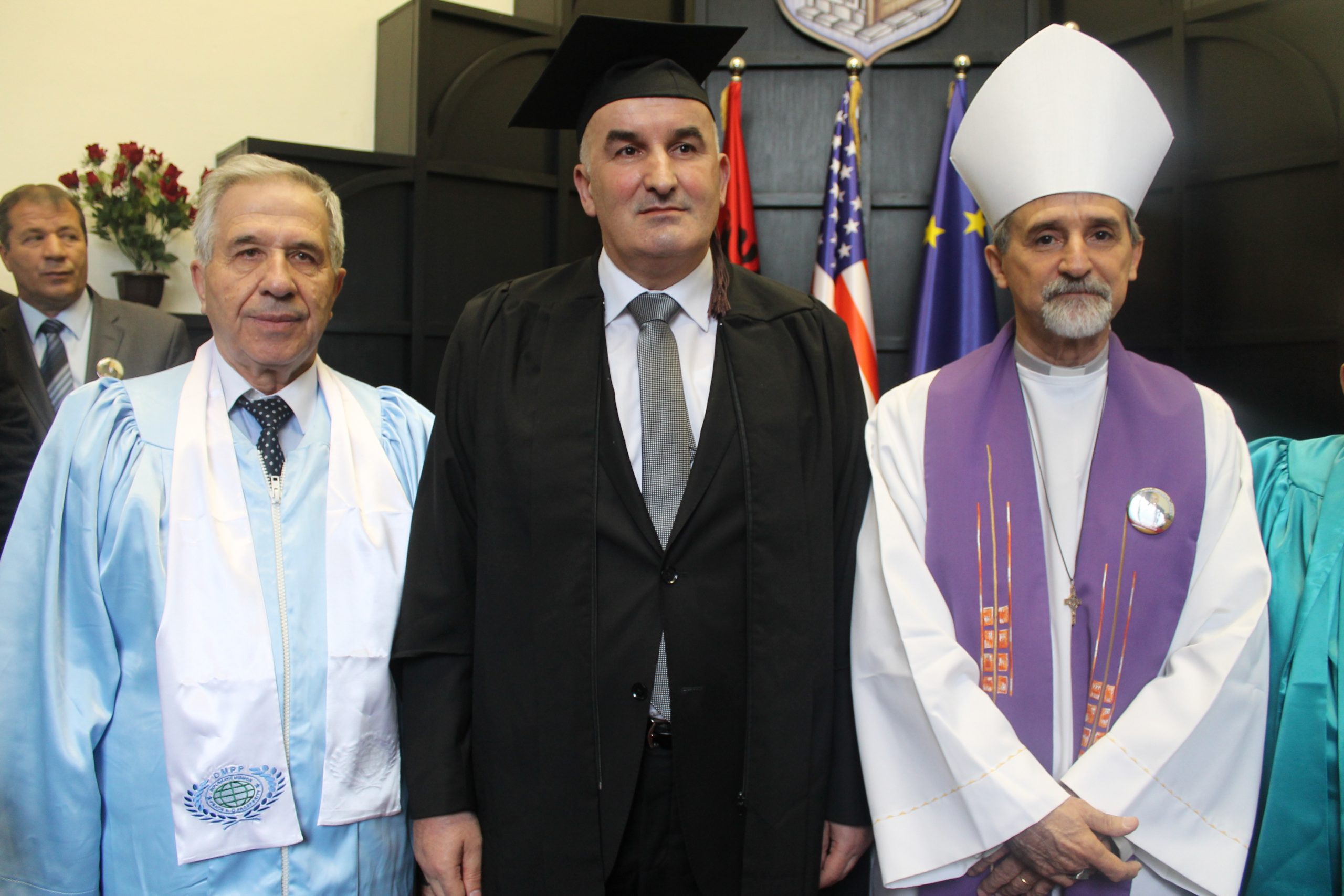 Sokol Haliti was born on August 8th,1969 in a village called Begunce, in Viti, Kosovo. He lives and resides in the town of Viti. He is married and has four children.

Sokol Haliti graduated as an engineer in the Faculty of Agriculture at the University of Pristine. After graduating in college, he developed his knowledge further in other areas. As an intelligent man in love with the world of human knowledge, eager to be trained professionally in the social sciences, he studied International Relations and graduated in the International University of Struga.

Later Sokol Haliti finished two years of studies in the Business Academy in Tirana with the desire to acquire and manage the world of business. He also carried out three-month courses in diplomacy and protocol in Tetovo.

After the 1999 war, when Kosovo was liberated from Serbia, Sokol Haliti was appointed Municipal Counselor in the first composition of the Municipal Assembly of Viti. Later, he was appointed supervisor of sector and Director for Agriculture in the municipality of Viti.

Thanks to his hard work, Sokol Haliti was appointed Director of the Department of Plant Production and Protection in the Ministry of Agriculture in Pristine. He was also Advisor of the parliamentary group in the Assembly and the Executive Director in the field of agriculture in foreign investment.

Sokol Haliti is specialized and profiled for being the leader of humanitarian institutions serving the communities in need. So, in addition to his obligations as a high representative of the state of Kosovo and as a politician in the service of democracy, he has assumed also humanitarian duties as a volunteer missionary of peace.

He was an active participant of the organization of a referendum on independence as a plebiscite of the people for freedom and independence in 1991.

In 1992, Sokol Haliti was a member of the municipal committee on free elections. He has been the originator and organizer of  2nd July manifestation for 20 years as leader of sub-branch for ten years at the occupation time.

Sokol Haliti has been a political activist of the first days and one of the founders of DLK. He was one of the main leaders of the Student Union and one of the organizers of the resistance and demonstrations over the years 1988-1989. On May 31st, 1989  he was also prisoner of the dictatorial Serbian system that ruled Kosovo before 1999.

In 2000, Sokol Haliti, as a peace missionary, was the coordinator of the organization “Feed the Children”. Currently, he is associate of many foreign and local NGOs (member of some of their committees), such as Inter-cooperation, the project on land consolidation, Merci Corps, Care International, Caritas Brescia-Cezevi, DFID etc.

Sokol Haliti is one of the main founders and leaders of the Council on Blood Reconciliation in country and municipality level.

In 1996, Sokol Haliti was the leader of the school construction in the village Begunce. He was also leader of the emergency council for the evacuees from Drenica in 1998 and the foster in full care of dozens of families from Polac, Qitaku, Prekazi, Llaushë, Runiku, Melanica etc.

Sokol Haliti has been the leader of Macedonian refugee reception and accommodation during the war in Macedonia, a total of 13,623 refugees.

So, his activities are numerous as a politician, official and volunteer, peace missionary in service of the social classes in need. Trained and profiled to manage office work, and simultaneously outreach activities, Sokol Haliti became one of the most respected people of Viti Municipality. Precisely for these indisputable values ​​of  his personality, in 2013, the people of Viti trusted him  the Municipality leadership. And although it has been  more than a year that he is Mayor of Viti, he has never disappointed his electors with projects implemented in their service, on the contrary his respect as one of the most capable mayors over the years increases day by day.

In May 2014, Diplomatic Mission Peace and Prosperity (DMPP), honored the outstanding intellectual Sokol Haliti with the title Peace Missionary, Honorary Advisor of the mission.

And the missionary Sokol Haliti returned his obligation to the mission immediately. At the request of DMPP, he approved the square for the placement of the Statue of American Ambassador Richard Holbrooke, performer of the liberation of Kosovo. The square was built following the model of American democratic institutions, the statue was placed and it took the appearance of an American piece with the name Bonstill in the middle of Viti.

Finally through the contributions of the Mission and the Peace Missionary Sokol Haliti, it was duly honored the figure of the American Golden Ambassador Richard Holbrooke, Honorary Chairman of Diplomatic Mission Peace and Prosperity for the Balkans, whose originator is he himself.

We wish further success to the Peace Missionary Sokol Haliti. 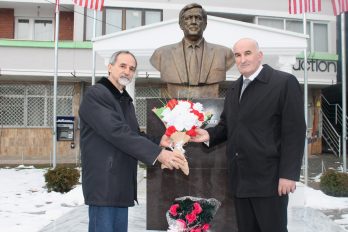 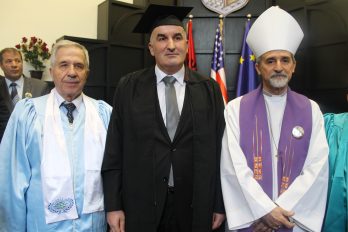