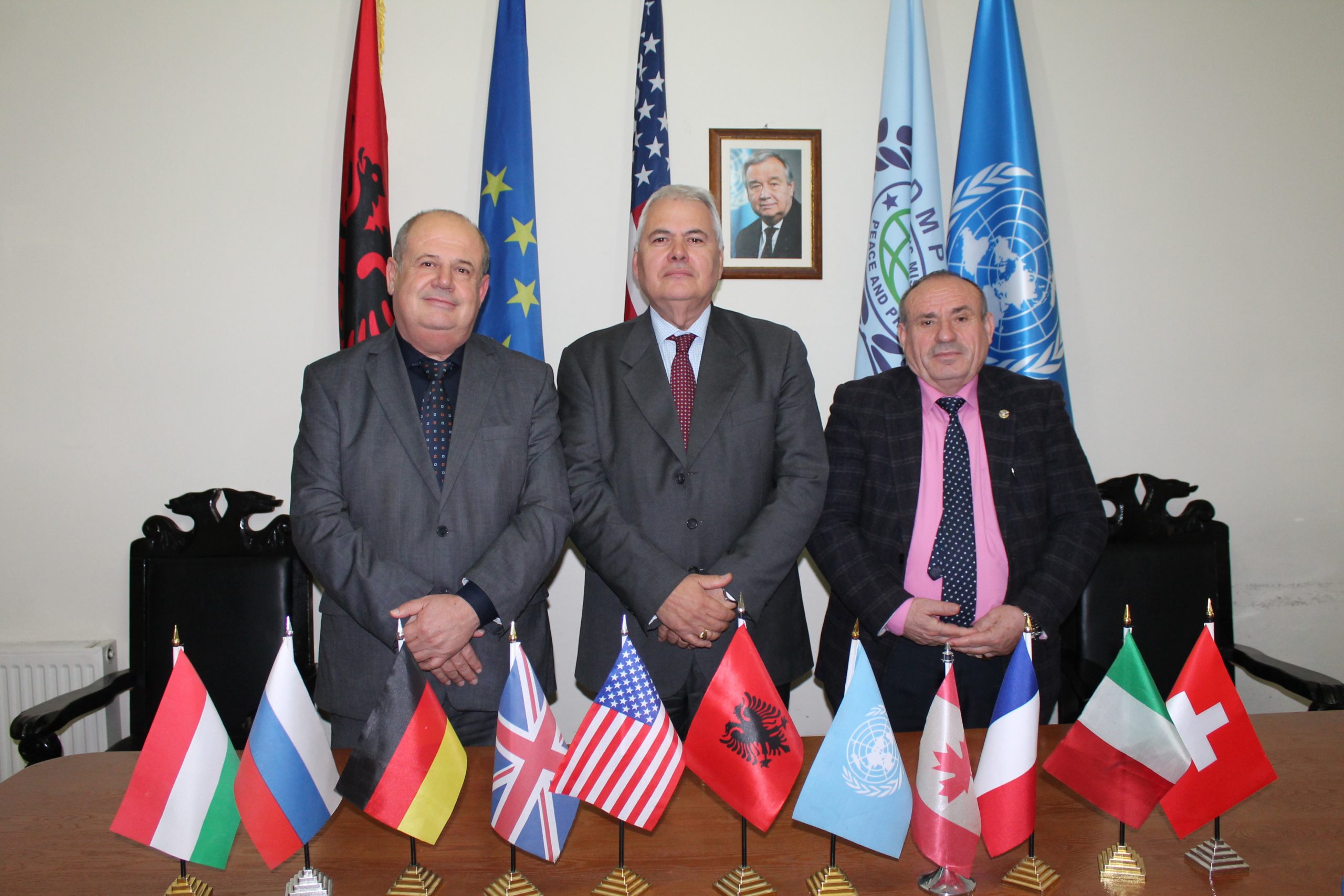 Baftjar Zeqaj was born in  Patos on February 15th, 1961 in a family with patriotic traditions which has contributed continuously for its country, Albania. He passed his childhood in his birthplace, where he finished the elementary and high school.

Baftjar Zeqaj graduated as a geologist engineer for petroleum and gas in 1985.  He has finished several postgraduate specializations in the field of sedimentation. He has also finished the postgraduate studies in Public Administration.

From 1985 to1992 Baftjar has worked in the most important sector for the Albanian economy, the petroleum sector, as an engineer in the Institute of Petroleum Studies and Projection in Fier. Here he has been evaluated for his intellectual and scientific skills and has given important contribution in the implementation of new sedimentation concepts in search of gas sources in Albania where he has been leader of some geological studies.

After the demolition of the communist system in Albania, with the social changes of 1990, Baftjar was committed to the political life and he was appointed as head of the movement for the reformation of Albanian society and institutions. In the first pluralist elections of 1992 he was elected Mayor of Patos.

From 1997 to 2001 Baftjar was elected Chairman of the Socialist Party in Fier, an assignment which he accomplished with his excellent organizational and communicative skills by creating the model of the modern political leader with an open heart and mind for the solicitudes of every citizen with any belonging difference.

From 2001 to 2003 Baftjar Zeqaj held the post of Perfect of Fier district where he exposed his skills as a statesman through contributing in the democratization of institutions.

Since 2003 Baftjar is governing with devotion the works for the modernization of the city of Fier as a Mayor. During these years of governance, this city has been transformed into an important pole of the urban and economic development. Comprehensiveness, partnership and evaluation based on results are distinctive features of the governance of the biggest city in the central Albania.

During the years he spent as politician, Baftjar Zeqaj has been distinguished also for his passion for art and culture as well as for his devotion on the development of artistic cultural values in Fier.  With his unremitting work, he and his collaborators have made it possible for this city to be transformed into the warmest hearth for the international artists and art lovers.

Baftjar Zeqaj has organized more than 250 shows, concerts and different activities reaching a record number in the participation of spectators. These activities have been organized in different institutions such as Bylis Theater, Apollonia International, House of Culture, Theater for Children, Historical Museum, Arts Gallery Fier, Public Library, etc.  The most successful shows have reached an audience of 3500-4000 spectators, among which it is worth mentioning: Premiere Show of Estrada Variety, Theatrical Festival of high schools “Rinfest”, etc.

The projects for the development of sport such as training campuses for football,  campuses for handheld games and heavy sports  are priorities of his work until 2015.

Baftjar Zeqaj is distinguished for the care he shows towards the social classes in need. This devotion for the people in need has been transformed into the leitmotif of his managerial activity in the Municipality of Fier.

For his human qualities, for his intellectual managerial skills, for his leader model, Baftjar Zeqaj has received several titles from national and international institutions such as: “Knight of Peace”, “Leadership” Price, “Person of the Year” etc.

Baftjar Zeqaj, this wise and clever man, is an erudite intellectual with a charitable heart. Thanks to his skills he has been transformed into a spiritual leader for his community. He has been committed with devotion to one the most crucial causes in the world, Social Peace.

Member of the parliament since 2021, part of the Socialist Party.

Baftjar Zeqaj as a brilliant peace missionary, has been collaborating for many years with the international organization  Diplomatic Mission Peace and Prosperity (DMPP), accredited in UN, EU, USA and he is an Honorary Ambassador of  this organization.