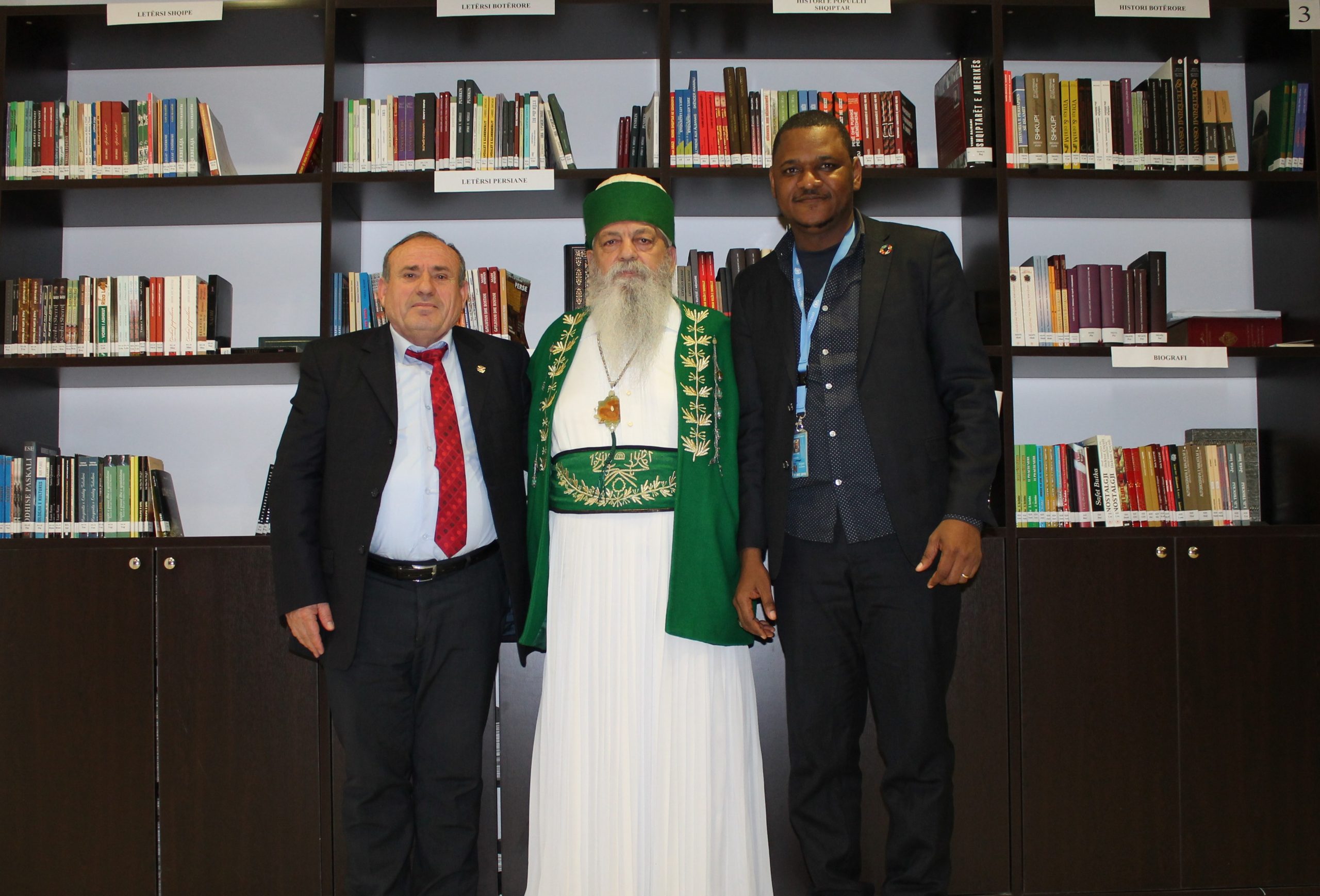 One of the greatest boasts of my country, Albania, is religious harmony and when it comes to faith, the first name that comes to mind is undoubtedly that of Baba Haxhi Edmond Brahimaj, the World Leader of the Bektashi that white-bearded man, always dressed in green of hope and the white of peace, the spirit that preaches and conveys.

“God is the strength and the faith to go to the end,” he says. – We are just fakirs walking in His way.

But who is Baba Edmond Brahimaj?

Referring to writing by Prof. Dr. Ago Nezha, Baba Mondi has a bohemian life, which would be envied by the older clergy. The great American writer Walt Whitman said: “The largest city in the world is the city where there are great people.” Albania should be proud to have on its territory the World Headquarters, unique in its kind, with Baba Mondi at the Head.

Haxhi Baba Edmond Brahimaj, was born in Tirana on May 19, 1959, to religious parents dedicated to Bektashism, originally from the village of Brataj in Vlora. For this meaningful fact Brataj and all Laberia have the right to be proud of their holy son.

Although in 1967, religious belief in Albania was banned by law, his family illegally preserved and preserved intact the traditions of the Bektashi order, born 800 years ago. In this way, his parents join the generation of believers, who after the establishment of the Bektashi World Center in Albania, bear great responsibilities. During the years of the savage atheist-communist regime, in the house of Haxhi Baba Edmond Brahimaj, many Bektashi clerics were sheltered, expelled and persecuted by the criminal state structures.

Baba Edmond Brahimaj spent his childhood in Tirana, but he was conceived with the traditions and customs of his native village that were taught to him by his silent believing parents. He finished the 8-year school in Tirana, from where he continued his studies at the military high school “Skënderbej”. During his studies in high school he showed intelligence, perseverance and ability achieving high results in lessons. For these outstanding qualities, he is given the right to pursue higher military studies at the Academy of Land Forces, today “Skënderbej”. After graduating from high school and graduating as a highly trained officer, he was assigned to serve in various military positions from 1982 to 1990 in Burrel and Peshkopi.

In the late 90’s, together with other clergy and believers, he participated in the Organizing Council of the Holy See of the Bektashi World Headquarters.

In early 1991, at his request, he was released from military service and pursued spiritual ideals taking on the heavy burden of organizing the Bektashi Community. This move was a costly venture for an atheist country. Although in difficult conditions, with deprivation and persecution for the worshipers of the religion, Baba Mondi did not stop his religious activity.

During the period after 1976, when the practice of religion in Albania was banned by a special article of the Constitution, the house of his parents in Tirana, served to keep Bektashism alive, endangering freedom and family peace. Baba Mondi’s dream was gradually maturing.

On January 2, 1992, he unwaveringly took up the cause of the Bektashi faith with his spiritual leader, Haji Dede Reshat Bardhi and Baba Barjam Mahmutaj, thus finally joining the path of the enlightened Pir Haji Bektash Veliu. This is where his religious career begins.

On May 16, 1996 he was consecrated with the order “Dervish”, he was immediately charged with duty in the Bektashi Grandmother of Korça, in the Turan Tekke.

His tireless work, many sacrifices and his passion for the continuation and revival of the Bektashi faith in many regions of the country such as Librazhd, Pogradec, Mokër, Korçë, Devoll, Kavaja, etc., led to the decree on April 13, 1997. with the title “Father”.

After the death of Baba Bajram Mahmutaj, he was appointed as the First Deputy of the Bektashi World Leader Haxhi Dede Reshat Bardhi. In this high position his contribution has been valuable and special especially in the conception, preparation and realization of the next three congresses of Bektashism. Even in the last two congresses (Tirana 2000 and 2005) he reported as the head of the High Parental Council. His work and dedication has made him stand out as a model cleric.

In March 2006, with the death of Baba Tahir Emini, he was appointed to the position of Grandfather of the Bektashi Grandmother in Macedonia. The contribution and commitment with a high level of religious culture in this Grandmother has been both in the organizational level of the communities of believers there, as well as in terms of recognition of values ​​by internationals. His comprehensive activity both in Korça and in Tetovo, has made Haxhi Baba Edmond Brahimaj, to show and manifest the outstanding qualities of the Bektashi cleric in doctrinal, moral and civic aspect, becoming the factor of religious tolerance between other faiths. For his religious and patriotic activity, Baba Mondi has created a profile of man as earthly and divine.

As a leader and leader of Bektashism, which can be fearlessly called the belief in the future of the world, for the spirit of tolerance and understanding that it conveys, Baba Mondi has been awarded with various awards and titles by national and international state institutions from which we would single out :

In October 2016, the World Leader of Bektashism, Haji Baba Edmond Brahimaj was honored with the title “Doctor Honoris Causa” in the field of Theology and Humanities by the World Academy of Peace at the United Nations. The high title was presented to him by the president of the Universal World Peace Academy, Dr. Madhu Krishan, who, among other things, praised the contribution of Haxhi Baba Edmond Brahimaj in strengthening tolerance and interfaith coexistence as well as his activity as a Missionary of Peace in the world. From the Diplomatic Mission Peace and Prosperity (DMPP), as well as the US Diplomatic Mission for World Peace, Dr. Edmond Brahimaj has been honored not only with the title of Missionary of Peace, but also as High Commissioner for World Peace. In January 2017, at the initiative of the Diplomatic Mission for Peace and Prosperity, the President of the United States of America, Mr. Barack Obama, awarded Haxhi Dede Edmond Brahimaj the “Certificate of Appreciation” for the achievements in life in his mission as a clergyman. peace-loving and tolerant, as well as the commitment and contribution made to world peace in the difficult situations the world is going through today.

With God’s help, this World Leader of Bektashism is and will be a model of understanding, tolerance and coexistence for leaders of other religions as well. 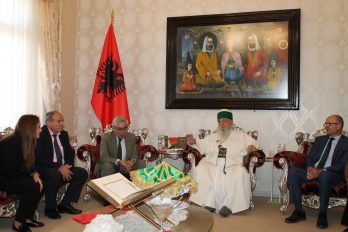 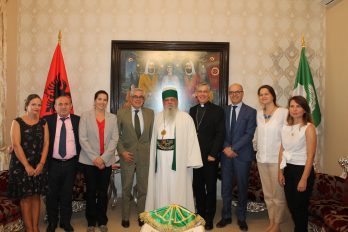 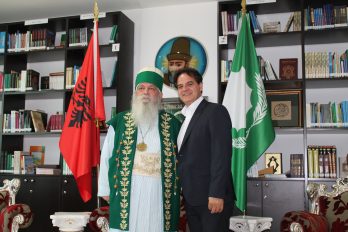 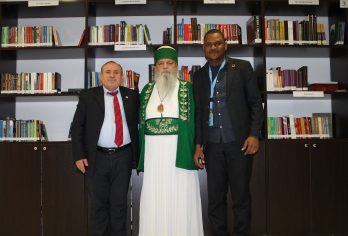