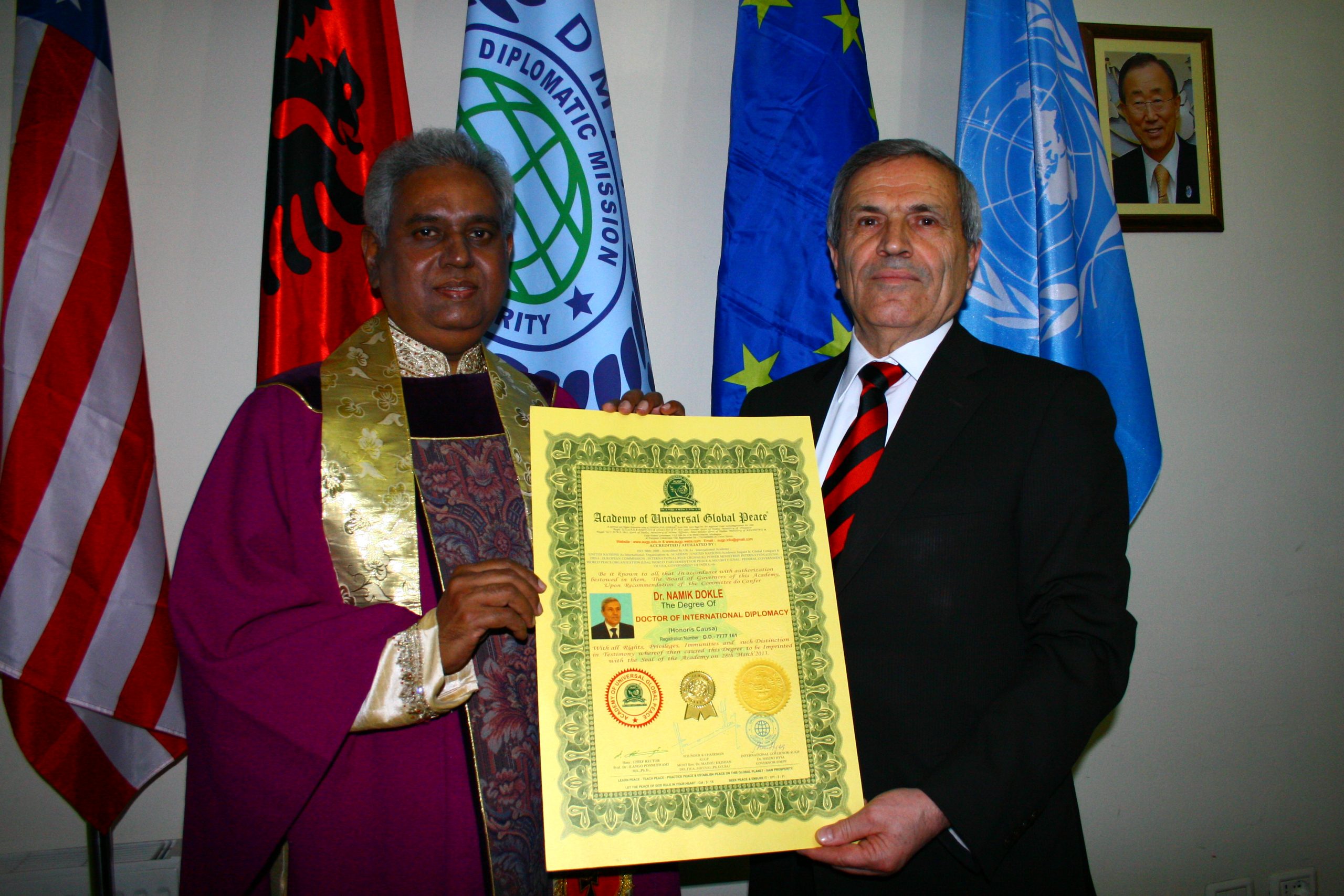 Namik Dokle was born on 11th March 1946 in Durres, Albania, in a family with early patriotic traditions in the service of Albanian nation.

Namik Dokle has e very rich background on his work experience. He started working in 1970 as soon as he graduated as a journalist in “Puna” Newspaper and he worked there for thirteen years until 1983. In this year he becomes Chief Editor of “Puna” Newspaper and remains in this post until 1989. Then, in 1989 he started working as Secretary of the Albanian Unions and he worked there for one year until 1990. In 1991, from January to August, he was a Chief Editor of “Zeri i Popullit” Newspaper.

Besides a successful career as a journalist and editor, Namik Dokle is as well a successful and well-known politician and parliamentarian. On June 1991 he became a Member of the Presidency of the Socialist Party of Albania and he continues to be Member of this party even nowadays. On April 1992 he was appointed Deputy Chairman of the Socialist Party of Albania (SPA) and remained in this post until August 1996. It was in August 1996 that he became Organizational Secretary of the SPA for one year until June 1997. Then in October 1999 he was appointed Secretary General of the SPA for nearly one year until June 2000.

During his career, Namik Dokle has been distinguished also about the different publications he has issued throughout his life. In journalism he counts about 700 articles, essays, interviews in Albanian Press and interviews in Italian, Greek, American and Spanish Press. Namik Dokle is very popular also about the books, dramas and the political literature he has written. He has written and published three narrative books: 1.When Spring came (1971) 2. Friends of my Father ( 1973) 3. Salt on Snow ( 1976). One of these books was awarded with national prize. Namik Dokle counts more the thirteen dramas written and published during his writing career. Some of them are: Wind of Heights (1974),  Indomitable in the Storm (1975), The Unbroken Bread (1978),  Two Cartridge are missing (1980), We never failed (1981), The Fog of a Remote Winter (2003) , The return of Defeatists (2003), The Bridge between Life and Death (2003), The Phantom of the Danube (2004), The second Punishment of Homer (2008), The Dog Year (2009), The Suicide of Flowers (2009), Madonna of Berat (2009). One of these dramas was awarded with national prize. In his political literature, Namik Dokle was distinguished for his book “Pedestals without statues” which was highly valued by the Albanian critics.

Namik Dokle, during her whole professional and political career has been distinguished as a personality with a humanitarian spirit and has given big contributions to help the communities, the nongovernmental organizations in support of people in need. So, she has had a wide activity as peace missionary.
Namik Dokle, as a peace missionary, has been committed to the international lobbying organization Diplomatic Mission Peace and Prosperity, part of UN. She is a honorary ambassador of this mission that operates for peace and prosperity in the Balkans and all over the world. 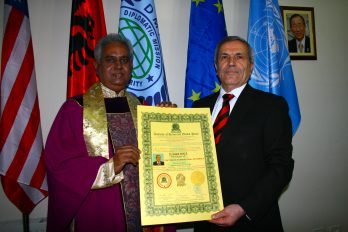 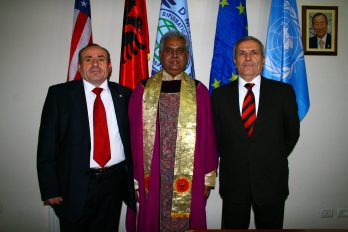 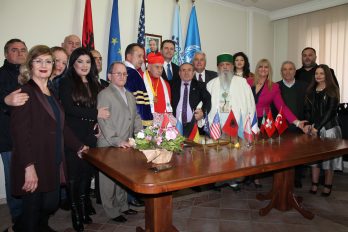 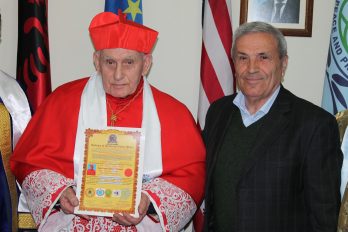