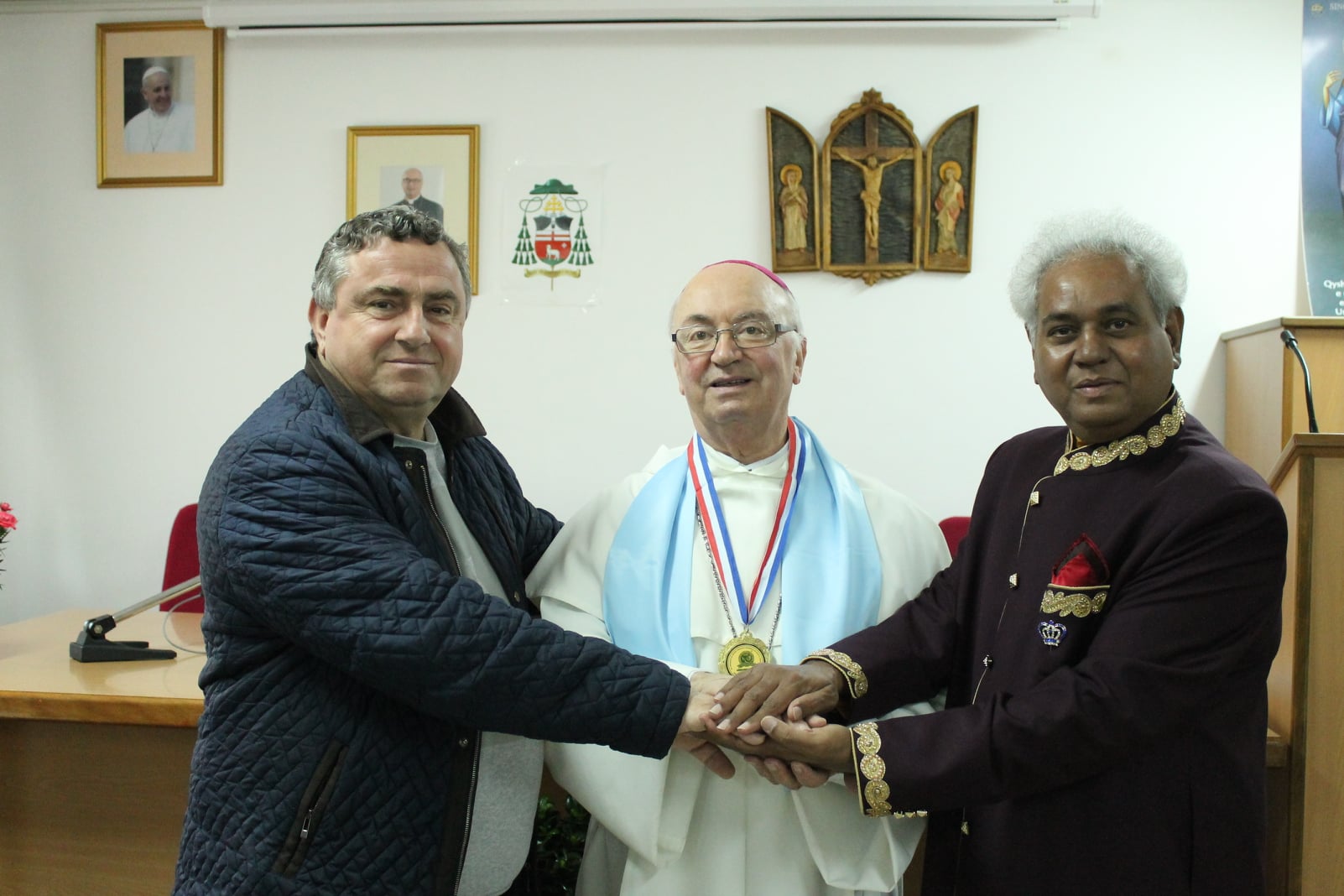 Pjetër Nikolli is not just a successful businessman, but above all a rare man with extraordinary values ​​and contributions for the community and the place where he lives, Rrëshen, Mirditë, Albania.

“A middle-aged man, healthy and with a big heart”, – this is what the people of Mirdita say when asked about him.

And when the Mirditors say this about their son, there is definitely no doubt.

Pjetri was born and raised in Rrëshen of Mirdita, a province known for its culture and tradition, for its faith and generosity, like all other Albanian territories.

Pjetri received his primary and secondary education in Rrëshen and then he would finish his studies at the Faculty of Civil Law.

During the years 1980 – 1996 in the Road Maintenance Enterprise, also in Rrëshen. From 1996 onwards, Pjetër Nikolli is the director of the company “Kthella shpk., A company that bears the name of his native village.

His experience at work and undoubtedly humanitarian services in aid of the needy and the community in general, as one of the first businessmen of Mirdita, made him seen from time to time, as a little “God” for friends and associates; always found with flesh and soul in aid of others. These rare values ​​make the Diplomatic Mission Peace and Prosperity (DMPP), Albanian Diplomatic Mission Peace and Development, International Lobbying Organization registered in the UN, USA, NATO, etc., which works for the good image of developing countries, for Peace e Prosperity, based on the principles of American Democracy and the Principles of the United Nations Declaration of the Protection of Human Rights to rank Pjetër Nikolli among its honorees and international partners.

It was under this initiative that the American Catholic University “Vox Dei”, based in Florida, awarded the Mirditor businessman Pjetër Nikolli, the title Doctor “Honoris Causa” in the field of business and construction.

The honoring ceremony took place in the city of Rrëshen, where attended, in addition to family and his elderly mother, friends, citizens and businessmen not only from Mirdita, but also from Tirana and beyond.

Also present was the Deputy Minister of Defense Petro Koçi, who, during his speech, praised the work and work of Pjetër Nikolli. The diploma was presented by the Rector Dr. Jose Moreno, Archbishop of the Anglican Church of America for Brazil.

Also the Diplomatic Mission for Peace and Development, has provided for Pjetër Nikolli a very special appreciation “Award for Achievement in life” by US President Barack Obama, for his valuable contribution to the community and especially for the assistance provided in the realization of the bust of US Senator Hillary Clinton, who is based in the city of Saranda.

As we mentioned above, in Pjetër you find the man more than the businessman. He is, among other things, a devout family man, a virtue he definitely inherits from his ancestors. On the table of Pjetër Nikolli, always laid out in abundance and generosity, he finds Mother Loke, his wife … children …

Now Pjetër has another weakness, his little granddaughter. 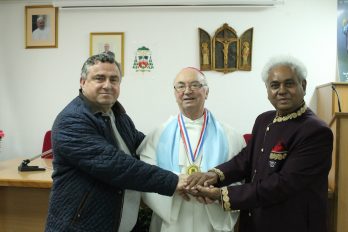 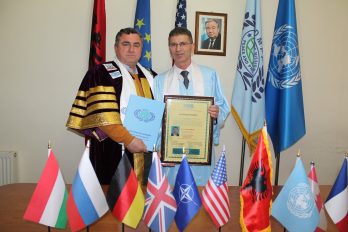 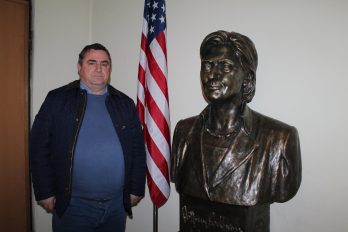 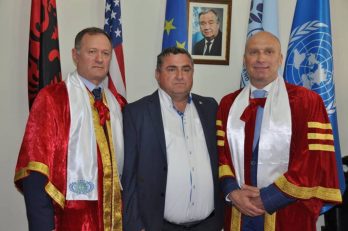